‘Author is dead’? Well, you’ll not hear that being said of a reviewer.

An author’s role ends with writing the book, for most part. After that, it is the reviewer’s word that can either catapult the work into a bestseller or send it into oblivion.

Heard of renowned critic, Roland Barthes’ claim that ‘author is dead’? Well, you’ll not hear that being said of a reviewer. We, at Coffeegraphy appreciate this dynamics of a reviewer’s role. A well-written review will allow any piece of writing a wider audience to begin with, before the jury is out on its worth. A book hardly ever sells itself, even Nobel prize winners flaunt select reviews on their books!

Our expert writers develop reviews which explore the breadth of the work, no matter what the subject is. We consistently produce top quality work by strictly following a zero error, zero plagiarism policy. Further, a quality book-review is multi-faceted and should go beyond a simple summary. Opinions masterfully intertwined with the plot go a long way in showing the expertise of a reviewer. While it may be necessary to use jargon relevant to the subject judiciously, overdoing it could reek of ingenuous writing. At Coffeegraphy, we assure you of quality writing that keeps these salient rules of reviewing in mind. 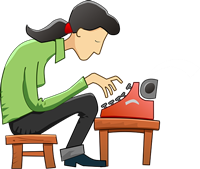 Who writes your book reviews

A reviewer has to be well-read and steeped in the world of literature to produce a sensible critique on any piece of writing. Our team consists of a group of well-read experts who bring in their love of literature along with their vast experience in the field of review-writing. So our sensibilities are not just guided by passion but also by practical knowledge. Therefore, our writers give minute reading to any material to be reviewed and apply their well-honed skills to analyze it. This means that our writers can assimilate information and generate a review with great facility within a short span of time. Just give us the name of your book, a brief of your requirements and we are good to go.

Our review writing process undergoes several steps of quality checks to ensure that standardized results are achieved with zero errors. Our team will first reach out to you for a better understanding of the purpose for this review. This will tell us what tone would you prefer, who your target audience is, if you appreciate academic or conversational style etc, so that our review reaches out to the target audience. Next, our writer will produce the first draft, which is then given an impartial check by our editorial team. Our team will be in touch with you to ensure a sync in thoughts and transparency of process. 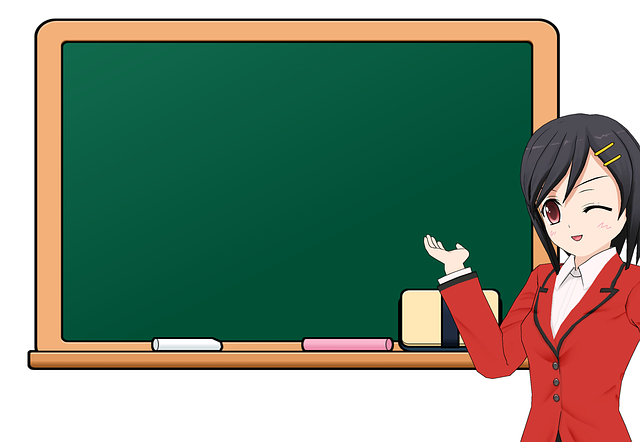 Professional book reviews are definitely a good idea if you want quality in a short span of time. Coffeegraphy is especially equipped with vast experience in this field. We have the advantage of a wider vista of writing, since we have written for books and websites of varying genres on every topic under the sun! While you may know exactly what ingredients your writing needs, we have the requisite skills to mould it into an eloquent piece of mastery.

Diary of a Wimpy Kid

Diary of a Wimpy Kid: A Novel in Cartoons by Jeff Kinney might take you on a funny sleigh ride with wit, farce and oodles of slapstick comedy. The book that went ahead to become a New York Times Best Seller is a hilarious tale around a ‘wimpy kid’ named Greg from the middle school and the bunch of people around him. It is a diary of sorts, but the wimpy kid makes it clear in the beginning itself that he does not want to write things like Dear Diary this and Dear Diary that.

Jeff Kinney was a game developer who started to post his comics on the site www.funbrain.com. Later on the online comic developed into this hilarious book which has sense of humour spilling out of its illustrations as well. Anyone who has been to a middle school and experienced the growing up agonies of the wimpy kid is sure to enjoy reading this book. It is a page turner of the highest order and the chances of you putting the book down only after finishing it are more. The story has cafeteria brawls, a truck which says loaded diper (which can be read as loaded diaper), and many video game anxieties of middle school kids connected to parental supervisions.

It makes a reader want to laugh until the tummy hurts when the middle schoolers all of a sudden decide not to get together and ‘play’. They ‘hangout’ instead! It is all about the cool quotient once you reach middle school. There is the pressure to not be a gifted student who reads books like ‘Einstein as a Child’ whereas the average students read stuff like ‘Bink Says Boo’. Why do you want to play the part of a tree in a school play? So that you can avoid memorizing lines. If you get a chance, you can as well throw an apple at someone you dislike. The diary of a wimpy kid can easily be considered as the realistic portrayal of a typical teen with all its ups and downs, mistakes and goofy moments.

The wimpy kid Greg has many grand schemes in his life. A constant task is to become popular in school. He runs for treasurer, writes the comic for the school newspaper and does a lot more, but everything backfires to his dismay. He tries to get the most amount of candy on Halloween and it ends up to be the worst Halloween ever. The book does not really follow any narrative technique other than maintaining the daily events of a middle school kid just the way a diary will. Once you finish reading it, you will feel like reading a diary of yourself as a middle school kid. That of course if you were an average normal kid and not a goody two shoes. It is no classic, but it is a fun read.

It is only fair to put up some statutory warning for the parents. If your kid has not yet finished the middle school, you might not want to bestow this book upon him and get him all sorts of weird ideas. It is for the been there done that people. Greg usually does not do the right things. Greg is no model you want your kid to look up to.

He is the kid who would sneak out and trick his own parents and his friend’s parents to play some violent videogames. Each kid should have his own shot at discovering mischievous activities. This book should not dictate fun. However, parents can always sit back, relax and read the wimpy kid while gleefully remembering their own middle school days.

Persepolis: The Story of a Childhood

Persepolis is the autobiographical graphic novel by Iranian writer Marjane Satrapi. It is a bittersweet account of girlhood during the turbulent years of the 1979 Iranian Revolution. There are humourous moments in the book, but it is also equally sad and poignant with all the childhood anxieties carefully and powerfully documented through sharp sketches and witty words. Originally written in French, the book is effortlessly translated to English that makes it an excellent read. It is also a bildungsroman of in graphic novel form since the book also describes how she grew up from eight years onwards.

Satrapi has followed a minimal black and white palette to make her sketches. Nevertheless, that does not mean the lack of colour is challenging her artwork or her story in any way. The rendering in black and white is sharp and precise that it enhances every slight frown of the lip and change in emotion visible and clear beautifully. Little Satrapi struggles with the changing political scene in Iran as it pulls her family apart. We see a little Satrapi moving out of her blissful middleclass existence in Iran and going abroad to study, almost turning her little world topsy turvy.

Past and Present in Persepolis

The book reflects in detail about the differences between the glorious past of the Persian empire and that of modern day Iran. The young Satrapi has a belief in the past as experienced by her family. It is contrasted with the present day’s intolerance and religious fanaticism. Satrapi’s story is an exploration of how one can love the past and hate the present at the same time.

Turbulent political histories have been documented earlier too. But the way it is portrayed through a child’s eyes in Persepolis is something fresh. It adds a bright new perspective to religion, war and many other issues. A little Satrapi finds out that her stereotypes of Iran’s radical Islamic fundamentalism and terrorism was shattered when she encountered the modern pre-war life in Iran. We are presented with a child’s eye view of Rock music, Denim Jackets and Head Scarves.  There are school, family, Diaspora life and shattered dreams in Persepolis. This book is a perfect example where a coming of age story of a young artist meets with religious politics.

Conflict of the classes

If there is a constant underlying theme throughout this graphic novel, it is the class conflict. It portrays a young Satrapi trying to understand her communist family who is very vocal about class consciousness and equality, but still drives a Cadillac and keeps a maid to do the household chores. The great wealth and immense poverty in Iran is represented craftily in the novel. Satrapi’s maid is forced to forget her love and Mr Class conscious Satrapi’s explanation to this is that they cannot marry because they belong two different classes. Marjane is confused at the double standard of her Marxist parents.

Being dealt with the themes one can find in this book, it can aptly be concluded that Persepolis is a thoroughly enjoyable book. It is the kind of a book, which will make you sit and finish the entire book in one sitting.  You will probably skip a meal or two so that you can finish it and then move on with your life in peace.

Get in touch with us for more information on getting your review now!

I’m neither an entrepreneur nor I have prior experience in business, but I’m aware of the fact that right partnership can determine the success of one’s business today and tomorrow. There is no doubt about Coffeegraphy's professional skills, but I rate their enthusiasm above all. END_OF_DOCUMENT_TOKEN_TO_BE_REPLACED

I am grateful for the hard work and exemplary service provided by Coffeegraphy. They helped us providing content solution within the budget. Definitely, we will come back for more of our content work. All the best to Coffeegraphy team

Oh yeah! Kudos to the team of Coffeegraphy. Good that I found them. After a longtime I have experienced a WOW moment and these guys have nailed it. They are way ahead and futuristic and know the game well. Just hand over the job to END_OF_DOCUMENT_TOKEN_TO_BE_REPLACED

I was on the lookout for a content writing service that was not run of the mill and was fortunate enough to have stumbled upon Coffegraphy's website. "Unique" would be one word that would summarize the content ... END_OF_DOCUMENT_TOKEN_TO_BE_REPLACED

Good content should be clear, concise & compelling. Coffeegraphy can write content that satisfies all 3 criteria. The best part about working with Coffeegraphy is that they spend time understanding our needs to .... END_OF_DOCUMENT_TOKEN_TO_BE_REPLACED

We are super happy with Coffeegraphy's work. Good work, flexible, within budget

Awesome work! You have delivered me what I had in my mind and more. Cheers!

I give them a call at the time of bed coffee and ask for a delivery by brunch. They never failed me. I wish them many coffee years of success.

Many thanks for the great articles, well written and accurate content, delivered on time at the best price. 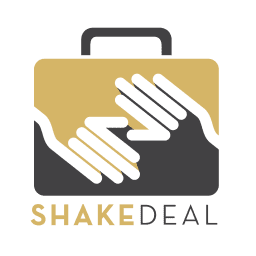 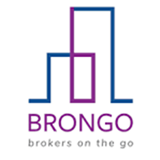 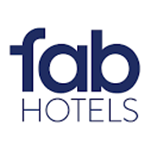 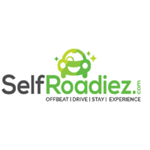 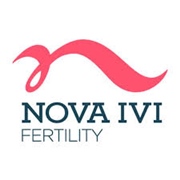 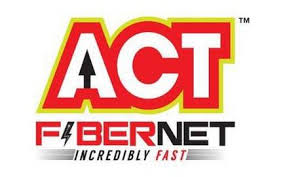 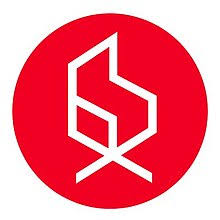 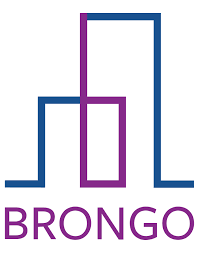 LATEST FROM THE BLOG