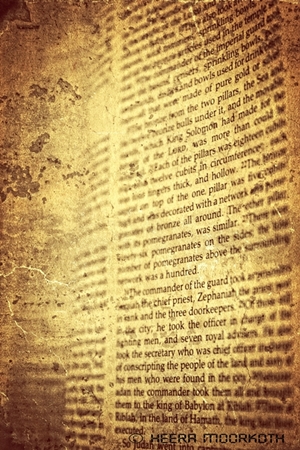 When I grew up as a teenager no one told me about the prospects of an industry called web content writing. A job profile named “content writer” or “web content writer” didn’t even exist a decade ago. Now that such a profile does exist, I assume career gurus of this century are encouraging their disciples to add this category into that famous “who-do-I-want-to-become-when-I-grow-up” list.

I doubt if our world is yet ready to add web content writing into its massive career-dom. The moment you ask me why, my complaints and frustrations will start unrolling like toilet paper.

Web content writing, both as an industry and as a profession, has an interesting trajectory behind its origins which I call the Big Bang Theory of website content writing. This theory is based on historical speculations rather than on solid empirical evidences. The origins of web content writing can be traced back to a time when websites (to be more specific The World Wide Web) began occupying a central position in the marketing strategies of companies who wanted to sell their products or services. This theory might sound self-explanatory as it doesn’t say anything new or anything significant about web content writing. But it does say something significant about the origins of a species called website content writers.

Writing for the web: how did it begin?

The burgeoning website-based marketing demanded we practice another kind of writing: writing for the web. This new kind of writing, from the time of its very inception, was conceptualized as something fundamentally different from writing for the print media. The guidelines of writing for the web were derived from semi-statistical phenomena such as the behavior patterns of web readers (an average web reader doesn’t have a commendable attention span and hence, needs information in bulleted points) and the behavior of search engines (search engines can see only one thing- keywords).

As a result, writers who were hitherto trained in writing for the print media were forced to make some structural as well as functional shifts in their writing styles in order to cater to the web. This is where I am getting at: web content writers belong to a species that short-circuited into a preterm existence because of the web revolution that happened in the late 1990s. As a preterm species, we have to deal with lots prejudices, myths, underestimations and superstitions people have about web content writing.

There indeed is an abundance of articles and tutorials floating around the internet on the importance of web content writing. You must have come across  hundreds of articles stating over and again that the destiny of the web-world is in the hands of web content writers. So have I.  But when it comes to reality, from my neighborhood uncle who thinks I am into creative writing to the IT client I met last week, no one is sure who is a web content writer and what her skills are. She is often considered as an obvious entity without any specific skill or disciplinary background.

There is a popular misconception that people who did their bachelors and masters in English Literature, Mass communication, Functional English etc. can make better web content writers than people who are graduated in natural sciences. If you are too desperate to make your presence felt, you can add a prefix to your profile- i.e. SEO web content writer- and grab some amount of visibility. Content writers are often seen as worms that carry the heavy burden of the World Wide Web.

WWW doesn’t mean World Wide Worms in the case of web content writers even though the prevalent attitudes make it appear so. Okay, let me propose something new- what about World Wide Wizards or World Wide Witches who have graduated from the Hogwarts School of Webcraft and Wizardry? Now it might seem that I am getting into a protesting mode. Of course I am and I do think protests will make a difference to the plight of web content writers, if not now, sometime in the future. Such protests should be compiled to make a Magna Carta of Twenty First Century Content Writers which will liberate them from all those myths that chain them in. Until that day I, among many other content writers, will keep wondering over a cup of coffee why I had decided to become a content writer at all.