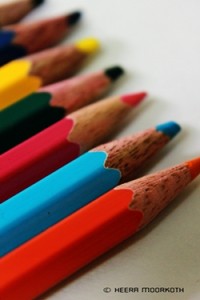 To begin with, the word blog is coined from the term ‘web log’.  Like any other tool for writing, blogs also originated from man’s intense desire to express, to record and to disseminate ideas.

Blog writing was not popular until the 1990s. Before blogs came into being, proficiency in Hyper Text Markup Language (HTML) and File Transfer Protocol (FTP) were considered essential for all those who want to publish on the web. This made web posting rather a herculean task for the non-technical uses. The widespread popularity of blogs can be traced to the invention of web publishing tools and these tools made blog writing a cakewalk to even the non-technical users.

Two names will be remembered in the history of blog writing: Jorn Barger and Peter Merholz. In 1997 Jorn Barger, who was the editor of an early weblog named Robot Wisdom, coined the term weblog.  Peter Merholz shortened the term and made that into blog in 1999.

Online diary, in its form, stands closest to blogs. One of the most popular online diaries was Open Diary which allowed users to add their comments on posts. All these were happening in the latter part of the last century.

That, however, was only the beginning of what later came to be known as blog. Introduction of blogging services helped the practice of blog writing in an unforeseen degree.  These services gave predetermined options to bloggers and helped them to write, manage and publish content without having to write HTML code. This gave blogging a more popular face and attracted people who do not know the technical nuances of web publishing. The most popular blogging services are Blogger and WordPress.

Even after going through the history of blogging, one question remains: why blog? Wait for tomorrow’s post to know more!