Imagine the scenario: You are in an upbeat mood and brimming with ideas. You sit down at your desk with enthusiasm to create a nice piece of web content. But strangely, you cannot give shape to your thoughts or ideas through words. Meanwhile, the tireless clock ticks away at its own pace.

Writer’s block is just a mental barrier that needs to be dealt with in a sorted manner. The ultimate solution for any kind of mental block is to try and point out the exact pattern of the block first.

Even after spending a couple of hours staring into the blank Microsoft word sheet nothing seems to materialize in a concrete manner. You leave your desk for a breath of fresh air. As you come back some moments later you realize that the same blank feeling has returned riding piggyback on you. You throw up your arms in exasperation. Sounds familiar? This is one of the many forms in which the inconspicuous “writer’s block” raises its ugly head. Read on to know more about the various kinds of writer’s block.

The introductory block is a classic syndrome of writer’s block. It makes content writers feel at a loss for words while writing the opening lines for a piece of content. The introductory lines are always very important and often the most challenging ones too. But writers often struggle to produce those first few lines. They generally sit idle in front of a blank page or keep on typing and erasing words and lines without any success. The trick to deal with the matter lies in writing anything that comes to mind. The words may not form the best opening line or the sentence may not fit as the introductory line altogether. But it is important to write anything that comes to mind to overcome the void filling the mind and the page. 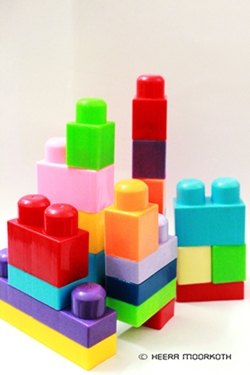 The absence-of-substance block is another common hurdle in a content writer’s thought process. In this kind of block a writer feels inundated with ideas inside his head but cannot convert anything substantial into words. The inability to organize the thoughts into a meaningful form often leads to frustrations. A writer just shifts from one idea to the other thinking that the next one will be better to develop. But at the end of a long and tiring process of drifting through several notions nothing materializes out of the effort. To get out of such a situation try following just one thread of thought with concentration. If nothing comes to mind take a break and start after a few minutes. Let the mind wander away from work for a while before attacking the same line of thought with a new eagerness.

The stuck-on-track block attacks a writer after he or she has comfortably written some portion of the content. A writer may be going great with the chosen topic till a point comes when suddenly everything seems to go blank. There seems to be no further idea or inspiration about how to proceed on the topic. Even repeated brainstorming on the issue seems to offer no help. Under such circumstances what can really help is re-reading the portion that the writer has written till this point. After this, the writer can think in a completely different angle than what had been planned earlier. Re-organizing the ideas and thoughts can just let out that stream of thought with which the writer can march ahead.

The dilly-dallying block allows a writer to focus on anything but the writing job on hand. A writer may find several reasons to avoid writing. There may be time and energy for everything else except getting back to writing. But even after spending hours or days away from the job the feeling of jumping back to work does not appeal to the writer. Often the writer feels guilty about not being at the desk and slogging over the keyboard but then finds one or the other excuse to keep postponing the work at hand. The best idea to work around this block is to identify and eliminate the distractions. Focusing on the job becomes easy when distractions are kept minimum and at a distance.

The dull and dreary block

The dull and dreary block can attack a writer at any time of the writing process. A writer usually starts writing about a topic with an enthusiastic spirit to create something really interesting and worth reading. But sometimes that eagerness deflates by the time the research is over and the writer is actually writing on the topic. This happens more in case of dealing with research projects where the writer feels tired and burned out after doing extensive study on the topic. This leads the writer to feel least interested in organizing the findings in a systematic order. To deal with this issue writers can draw inspiration from the fact that since they have already spent their time and energy on the research, they may as well write down the results and complete the work.

The critic anxiety block leaves a writer paralyzed due to fear. This block comes from the feeling that the writer’s work may be received with harsh comments by a boss, editor, fellow writers or reviewers. Such feelings can dampen the spirit of a writer and shake his/her confidence. The solution to such a concern lies in the writer developing confidence in his/her writing abilities and working hard to improve on the skills. Moreover, every writer must learn to deal with criticism in a positive manner and leave out negative thoughts while sitting down to write.

The concise-conscious block prevents a writer from expressing his/her thoughts and ideas in a very clear and concise manner. At times writers feel that the words are not conveying the accurate meaning they want to express. This can deter a writer from continuing with any further writing till he/she can express the meaning in a satisfactory way. An easy way to get out of this problem is to complete the writing first. Then the writer can take on the task of refining the content according to the satisfactory level.

The edit-evade block often raises its head when the writer edits or scraps out any particular portion from the content. A writer may run short of ideas about what to put there as a replacement of the edited stuff to maintain the continuity of the content. This makes the writer feel lost. The best way to get around the concern is to leave the work for a few moments and go out for a breath of fresh air. A small break can sometimes put the thought process back on track and the words can start coming easily.

Writer’s block is just a mental barrier that needs to be dealt with in a sorted manner. The ultimate solution for any kind of mental block is to try and point out the exact pattern of the block first. Next, the cause of the block must be dealt over. Once this identification process is complete, the solution will not be a huge problem. If you would like to know about the tips and tricks to deal with writer’s block in an effective manner, read this article.